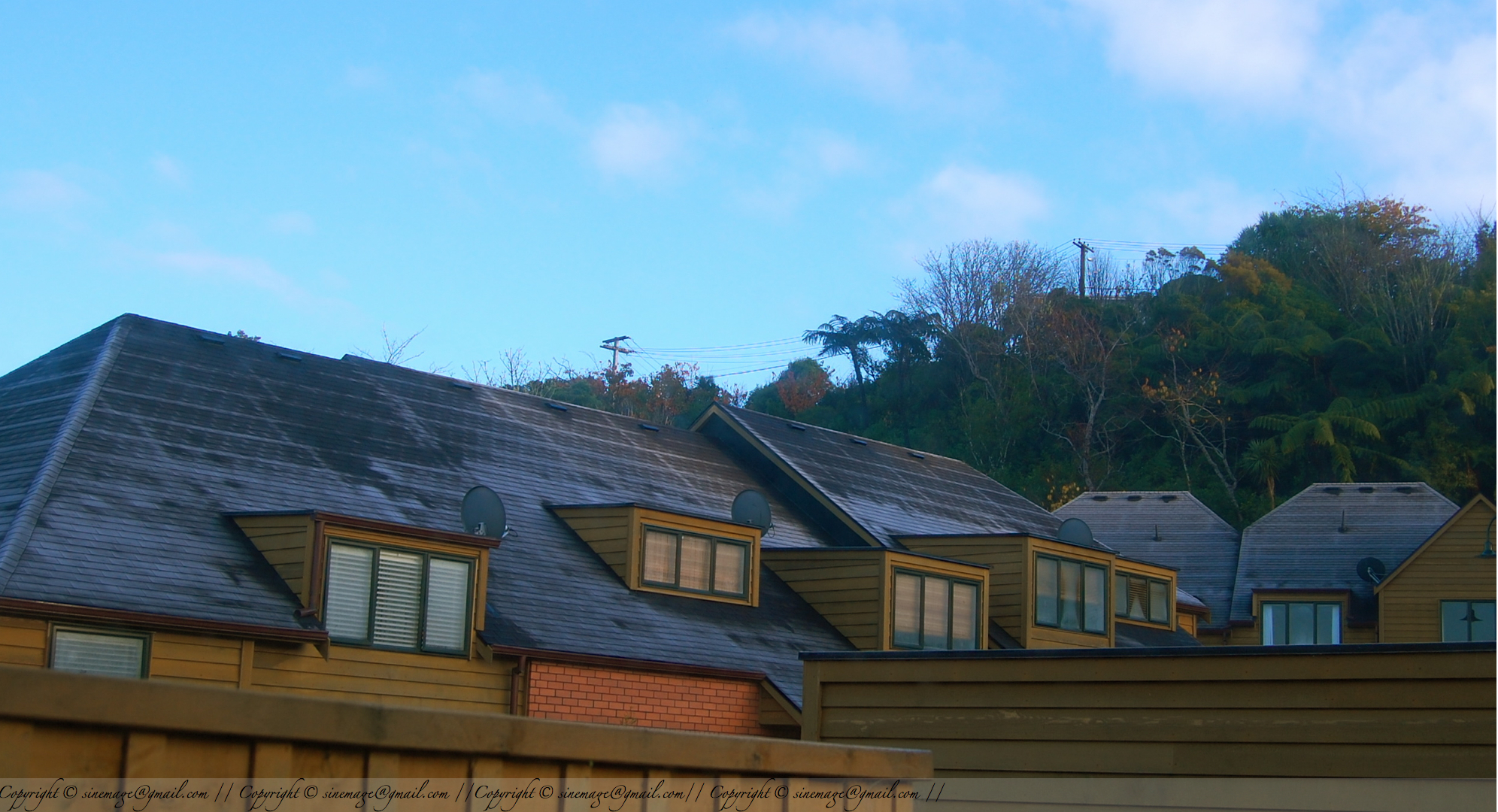 It's the begining of ski season down under, but nobody was expecting snow at sea level !

Christchurch- South Island- had to face plane delays due to snow in the plain of Canterbury. Desert road - North Island- was closed because of the snow last night. It's in the news everywhere, you can't miss it !

It reminds me a couple of days ago. That morning it was hard to get up. The chilly atmosphere pushed us to stay longer under the duvet. After a huge effort, I finally managed to come out of the bed. Downstairs everything was quiet, the sun didn't come in yet, but the day promised to be a sunny one, when I suddenly realised that the neighbour's roof was covered with a white layer ?!

I called straight away Paprika: - Look there is frost !

In fact, it was not. Just a white dew. Half an hour later, the sun reached the roofs and a steaming show started. Amazing ! 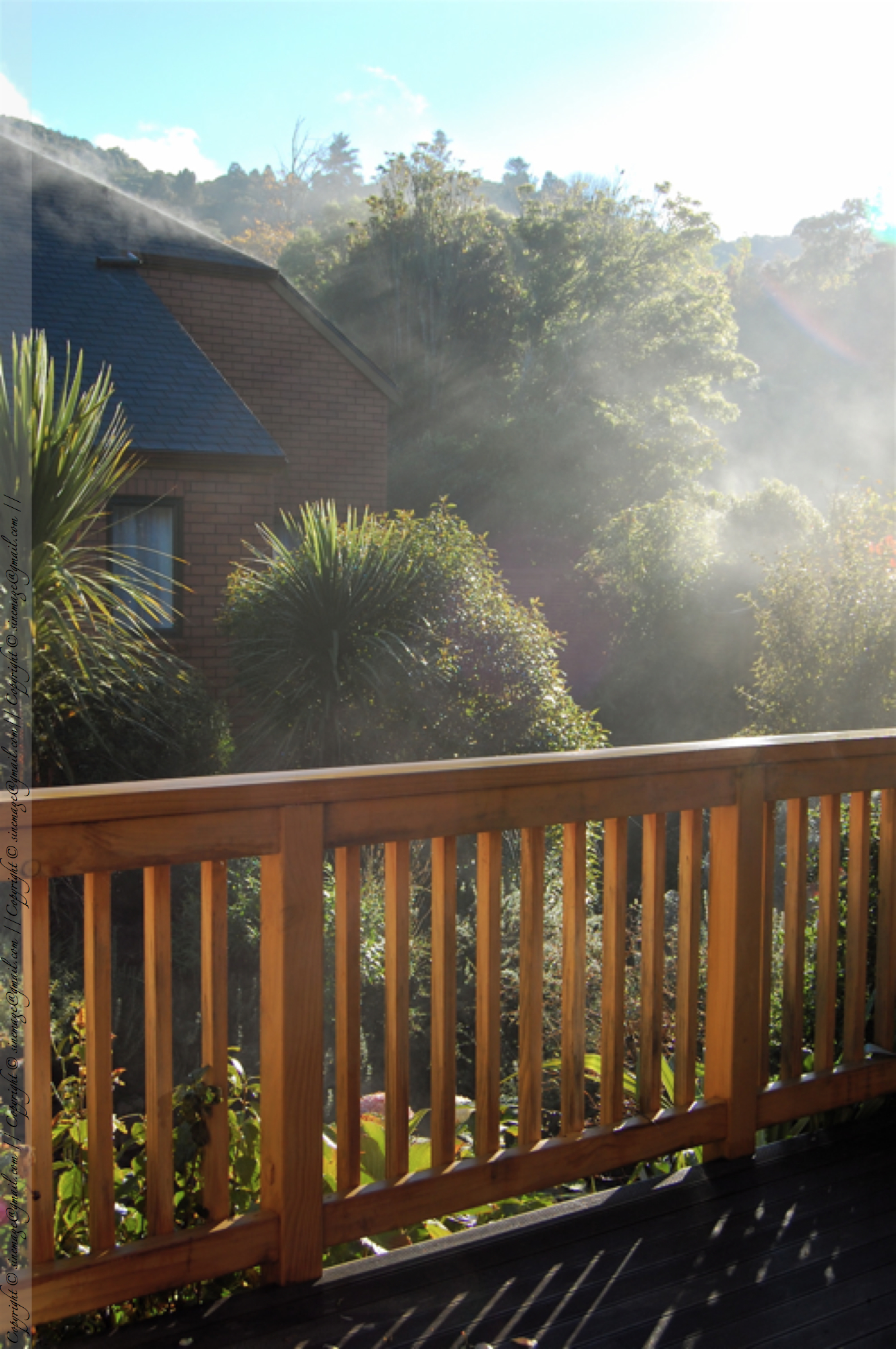